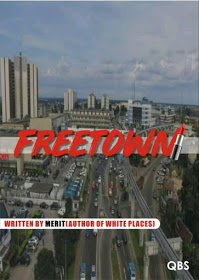 “I like you.” The words proceeded with wit and audacity. The kind of audacity coated with influence. Good a thing the split unit wheezed noisily in the cozy office at Trans Amadi. All around the office, everyone poured over documents on laptops to ensure their jobs were perfect. This is the kind of hypocrisy that is awakened when the executive arm would be visiting one of the contracted buildings for commissioning.

Dr. Jamabo didn’t need this stretch of work to keep him close to Soye daily to know he loved her. Lust wears no boundaries else he would not play blind to the sterling silver ring telling of a lifetime bond. Lust preys on every opportunity that heralds, just like the one he had now.He knows she is an accountant at Alfa Prime and was there to make a financial help meet for her husband. It’s just so easy to tell she looked well put together every week enough to catch his attention, enough to make him voice it yet the financial strain back home left maps of unrest: always unnecessarily panicked with wrinkled cheek. He is 56 and married to the vainest woman in the world. He knew less than a quarter of his weekly expenses will radiate this 34-year old mother of four. “Sir, I was saying this won’t fly,” she reiterates as she noticed his eyes glued on the ego top by Froc Avenue she had on. “Of course,” he pretended to be fully concentrated on the reports, “and the logo?”  he asked as he took another look at her again.  “I’ll have Jimmyfixdesigns sort it out.”“Okay… it’s a wrap then.”It was a regular Wednesday and they had been on the presentation all afternoon and at the close of work, Soye had gone to pick her kids from school. On their way home, she had decided to take them on a little outing. They were at the Pleasure Park for about ten minutes when Oyinkansola walked past with a dark-skinned lady. She couldn’t have been more than four feet without the burgundy stilettos she had on. It was a Viviene Westwood. She had drooled over it while shopping on Jankaramall.com. “Deceitful man,” she cursed him. “Lets go home,” she said to the kids, half dragging, half pulling them along.”But we only just got here.” She turned to face her younger twin and he kept mute reading her familiar daring countenance. He looked more like his father.She cried her eyes out after she had tucked the kids in. She had rushed to confront him earlier in the day when she heard a knock at the door only to find the power agents requesting her bills. They were disconnected from power supply after confirming that the bills were unpaid. She was mad. She had given Sola some money for the electricity bill and he had obviously squandered it. “There is power supply in the neighbourhood,” Sola said as he got into the bedroom. “We have been disconnected.”“Oh,” he rolled his eyes having figured out why.”8:45,” she voiced, facing Sola whose silhouette further darkened the room. He threw the car keys towards the mini cupboard but it fell on the cream coloured tiles. He didn’t say a word. The wardrobe squeaked as he opened it to hang the shirt he had purchased from Woji nu Nke. He shopped most of his outfits lately. He picked the solar lamp, totally ignoring her. “Where have you been?””Out.”“It’s 8:45.” “So what?”“I was at the park today… with the kids.”He was a bit uncomfortable but he acted unperturbed and went ahead to take off his black trousers. He made for the sitting room. “I saw you walking around with a lady again.””Soye, what’s all this? I’m a man and I have to make meaningful business relationships.” “That looked too close for comfort but when did meaningful business partners begin to go half nude flirting with other people’s husbands?” “It’s not a good time for your madness.”He calls me mad! “You don’t know how hard I work to take care of us and you still disrespect me by frolicking with other women, and you think I’m mad?”He slams the door heading to the sitting room; she opens it running behind him ready to ease off her burden with a feast of words. “So you have to rub it in my face.”“I regret ever knowing you. All you’ve done is bring me bad luck. There are much more beautiful women I’ll rather be with yet I’m stuck here with a bitter oyibo pepper.”She grew cold as the words hit her. He didn’t care. He went on but she wasn’t listening. He had given her the worst and nothing else mattered. She knotted her robe and walked back into the bedroom.In spite of the bitterness she had felt, she carried on the following day and had swept all his hurtful words under the carpet. In all her efforts at moving on, he projected an attitude of a demigod waiting to be appeased; monosyllabic responses, straight-faced and totally fascinated with whoever he had been chatting with. She couldn’t question and she had resolved not to.

Walking through the door, she picked up the throw pillows gotten at Jazzmakinteriors during a giveaway. She locked the doors and took off her shoes at the entrance. She had decided to pick a few things after work especially as the kids were having dance lessons. Staring at Sola and his supposed business partner necking on the couch as she got into the living room, she felt hate and pain too deep for words. It took her dropping her handbags on the floor to disengage them from their stupidity. “You were supposed to be at work, it’s Thursday.” He, said as he got up, grabbed his phone with the girl stalking him intently, unashamed. Soye headed to the bedroom, pushed the wardrobe open and changed into a more casual dress. She altered her nude coloured lips to a red lip stain generously spread, took a less intentional look at them cuddling on the couch again as she walked to the door. She got out and slammed the door shut.”Are you free?”“Yea, why?” She ends the call, picked a cab and made for the Polo Club. She knew he would be there; he had pestered her about witnessing the city tournament with him on several occasions but she had turned him down.

He looked more handsome than she had thought, sitting idly watching nothing keenly. She stopped for a moment, trying to trap her vengeful emotions so as to get hold of herself. She wanted to feel better so she tried to hold back but the scene she just witnessed replayed, too vivid and in all shades demoralizing. “Sola deserves this foolishness,” she said to herself as she approached him and didn’t care if he was married. “What are you doing here?” he asked looking more excited than anxious.“Free town.”‘’What does that even mean?”“Lets say it’s a page in life where you do things that make you happy,” she said as she took a sit beside him. It became their usual place and they didn’t even get bored. She had stopped caring. She had learnt not to wait up for him or even care. They lived like strangers feeling more at peace with the distance than the excess effort on her end to sustain a dead chemistry. “I think you are the most beautiful woman I … ”“I bet you have said that before.”“No really.”“Well, thanks.”They laughed caring less of what might happen if they held each other’s gaze longer than usual. Dr. Jamabo reached for her hands. They were cold and soft with a few brown spots on her very light skin. It was just the same, the warmth brought comfort. He had never seen her differently, she even had a more amazing personality than he could fathom. The gaps closed between them gradually. They neither cared about their environment nor the sound of the children running around. Their lips locked. At one breath, she felt even closer to being even but on the other, she assured herself that she wasn’t so evil after all. “I should go home.”“Let me drop you off.“Naa, I’ll find my way.”“Ada George,” she said, negotiating with a cabman.“I no too know that side.” “Just across that recently commissioned building.” “Madam, that one no be how you go take describe place na. Commissioned building plenty for we state na.”“No worry, drive I go show you.” She is a bag of mixed emotions and this man is just engulfed in….  by Ace the Rapper streamed out of the stareo. She nodded to the rhythm then stopped as she realized she was undeserving of such peace. She had just kissed Jamabo and if she wasn’t mistaken she was in love with him. He gave her solace and he had said she was beautiful. She couldn’t imagine how that would sound if it came from Sola. As the car sped past the highway, she yearned to do things better.
THE END.

GET YOUR BRAND FEATURED IN OUR UP COMING SERIES BY REACHING OUT TO US VIA sarimacity@gmail.com

COPYRIGHT: SARIMA MAGAZINE
All rights reserved. This material, and other digital content on this website, may not be reproduced, published, broadcast, rewritten or redistributed in whole or in part without prior express written permission from SARIMA MAGAZINE.